One month ago today Wayne died. This is his wife, Stephanie. I will try to tell you the end of Wayne’s story in the way he would have done it. Honestly, with humour, and with family pictures.

Since you last heard from Wayne in February, he continued to have focal seizures, his short term memory started to get worse, and he began to feel more and more tired. In the middle of March he saw his radiation oncologist and a neuro-oncologist to see if there was anything more they could do to try to stop the focal seizures (answer – not without essentially sedating him). Over the next few weeks Wayne continued to decline. Wayne knew that he was close to dying, but on April 1st he made it all the way to Sunnybrook and had his MRI before I took him to the ER. The next day he received the MRI results, which showed what Wayne already knew – the cancer in his brain was much worse and causing even more swelling, the doctors said he may only have a few days left. At this point even speaking was very difficult, but Wayne woke up that afternoon and told me clearly and calmly that he was ready to go home. On April 7th, 2019 Wayne died at home, surrounded by his family. I hope he felt our love, and felt at peace.

The universe (fine…coincidence) works in mysterious ways. The girls picked one of Wayne’s favourite shirts for him to be cremated in – Deadpool, riding a unicorn, in front of a rainbow. It could not have been a more perfect choice, and they don’t even know yet that Deadpool also had lung cancer. The only thing Wayne ever would say about his funeral, is that he wanted See You Again to be played – he would often sing the chorus to the girls at bedtime. It came on the radio as I was turning onto our street, driving home from the funeral planning,

One month ago today Wayne died.

One year ago Wayne walked our girls home from daycare. He had just finished 7 difficult gamma knife radiation sessions and it was slow going, but he was so happy he could do it.

Two years ago Wayne was getting ready for a visit home to Trinidad. It had been 6 years since he was last home, and I am so happy we took the trip.

Three years ago Wayne was playing on the floor with the little one.

Four years ago Wayne didn’t have cancer and was on a family hike (I’m pretty sure there was ice cream after).

Seven years ago Wayne was about to become a dad. 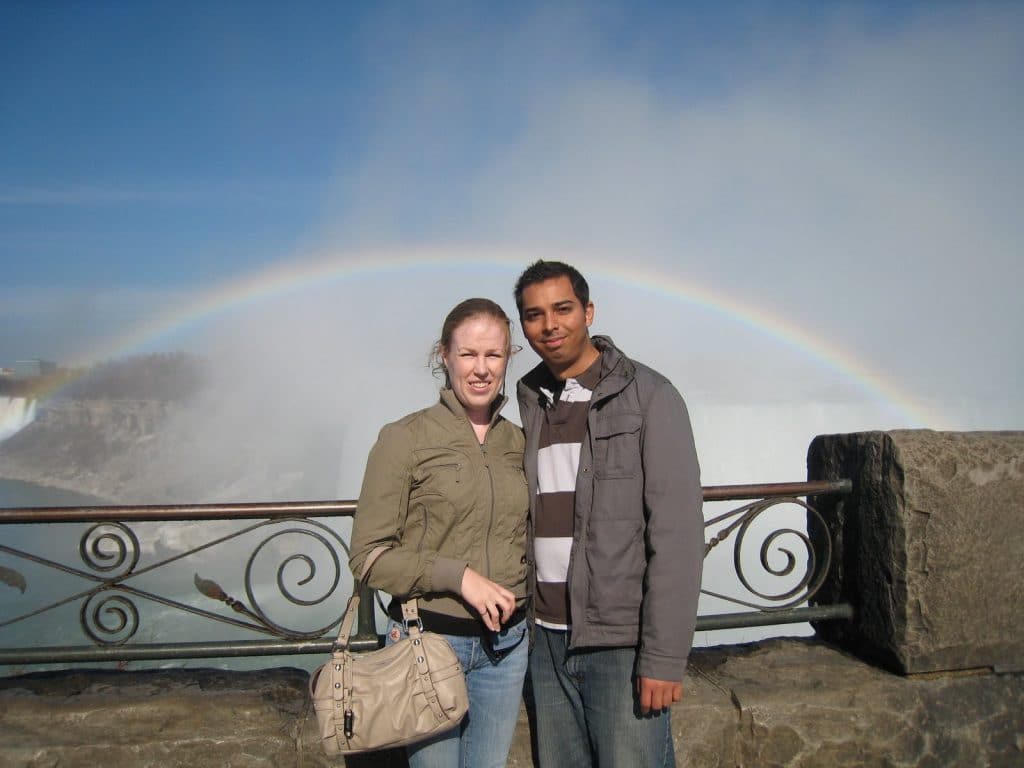 Did you make it this far? Thanks for following along with Wayne’s blog. He loved seeing his stats grow for each post, and he was always thinking about his next topic. For his Facebook friends left in suspense, the post he was planning back in March was going to be “A few of Wayne’s favourite things”, kind of like a gift guide. No draft exists that I know of, he liked to plan his posts in his head. But it’s safe to say it was filled with high tech electronics, chef’s tools, Marvel movies, and food.

I will leave you with my favourite Wayne quote.

“What’s the most important thing in the world? To be kind.”