That’s not a knife, that’s a gamma knife!

An intro video?! Well this is new! Things must be bad!

(This is the first time I’ve made a video. It’s pretty awful production quality!)

So some things have changed. And as you may suspect – not for the better…

You’re right, before you read this, you should probably check out my last post so you’re all caught up.

The new drug Lorlatinib is here and I’m tolerating it well.

I’m at home and recovering well. I catch a cold that won’t quit and it gets progressively worse to the point I go see my oncologist.

They do a chest x-ray and see something abnormal in my right lung. Looks like it could be pneumonia.

They also do an amazingly uncomfortable sinus swab. They essentially shoved a long tube into my nose all the way through to my sinus cavity. I’ve been through a lot, but that was the WORSE!

They are checking for an infection and they admit me to the oncology ward in isolation in case I actually have an infection (the flu).

I spend 10 days in the hospital going through every imaginable test. (Well not all, but a lot. CT scans, ECG, a brutal lung procedure called a bronchoscopy. It actually was a less hectic time and I just slept a lot.

I wake up every morning with a fever and they are pretty sure I have some type of infection. So they treat me with a series of unending antibiotic runs.After ten days it seemed to have worked and I go home.

The steroids cause muscle loss and it’s hard to stand up and walk.

Due to tumors in my brain affecting my motor cortex my right foot can’t articulate properly. Balance is hard and it’s difficult to walk.

I get by, and also get stronger. My quad muscles were pretty much all gone, so it was hard to stand up.

Mostly uneventful, but I get these “focal seizures“. You can google it to see what it looks like.

I take anti-seizure drugs and move on. I venture out the house more. I try using a cane but I think I suck at using canes. It’s hard! I can never get the stride right. 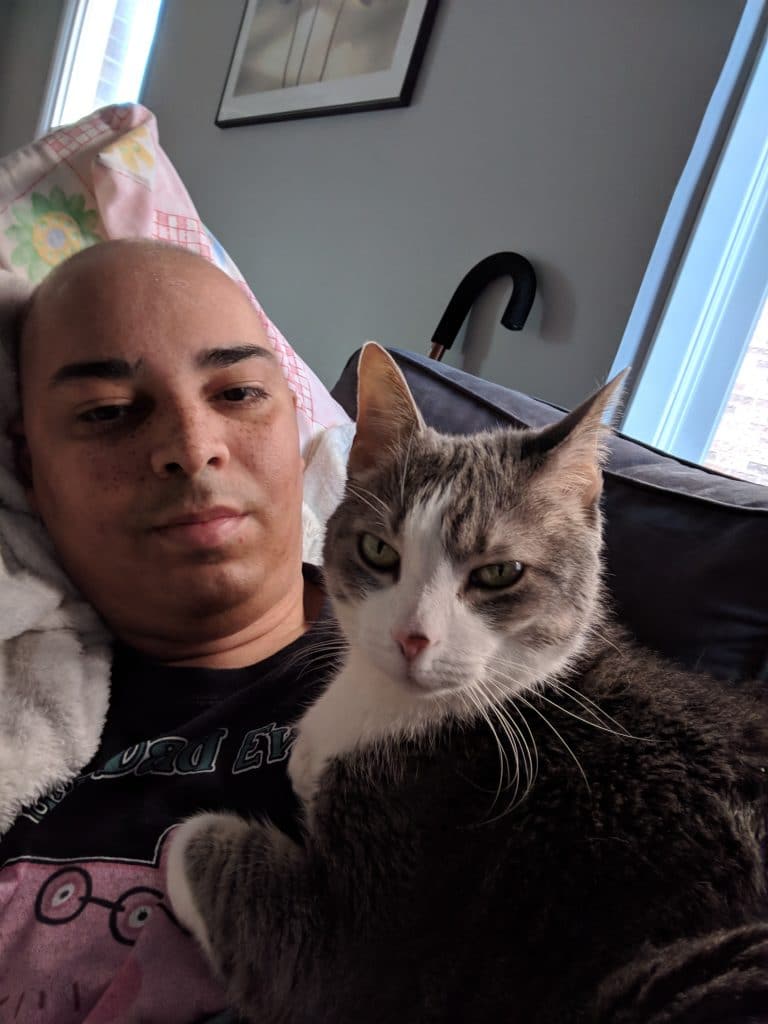 Also we get a new cat named Socks from a rescue! I would call him ankle socks if it was up to me.

I go for an EEG test. (Results were inconclusive). Did not show what was causing the seizures

I go for my check-up MRI. (Results not so good). For the first time ever my oncologist called me in to talk about the scan results urgently. I know right away something was wrong. (Obviously)

So the MRI showed progression in the brain. Some new spots and some old spots got larger. It’s an indication that the new drug is not working as planned. This new drug was supposed to fight the cancer in the brain too, but they’re still not sure of its efficacy.

So I get a full body CT scan to see if it spread elsewhere. Interestingly enough in the rest of the body there was some reduction. The new drug is sort of working?

Now I get to the explain the title.

Last year they treated my brain tumors with whole brain radiation. It worked and there was a positive reaction, but the cancer aggressive and now it’s progressing in the brain.

Now we are going to try a new technology at Sunnybrook called the GAMMA KNIFE! It’s focal radiation therapy. They are going to focus about 127 beams on to each tumor! It’s really cutting edge (see what I did there? gamma knife = cutting!)

I start on Thursday 26. It will be 5 sessions and I will be on the table each time for an hour. Immobilized. Fun!

While going through this round I have to stop the cancer drug because the radiation could interact with it. So I hope the rest of the body hangs tight while the brain takes a beating. 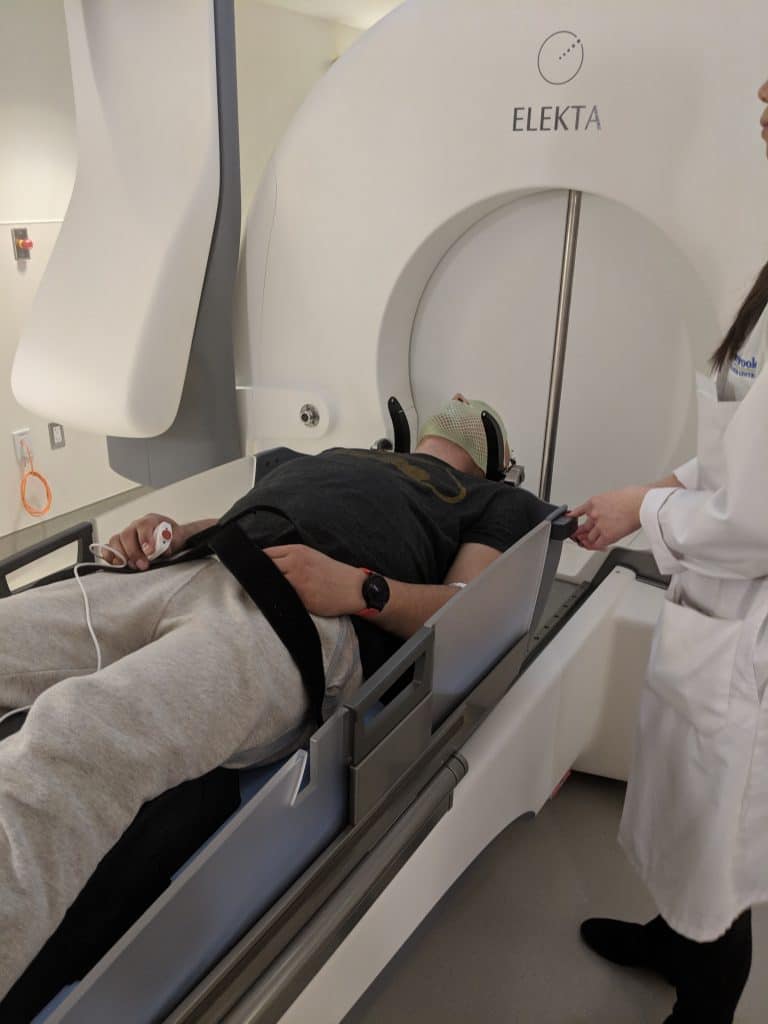 Wish me luck! And as always, thanks for being there!

If anyone is interested, here’s a chart of my blood glucose levels over time:

6 comments on “That’s not a knife, that’s a gamma knife!”